Support the 76 this Friday !

This Friday November 7th sees a landmark moment arrive at the Federal court in Perth. 76  workers who were charged with going to a political rally will enter the court to face fines of $10,200 each.

All they did was to protest against the lack of training , apprenticeships for  young WA kids and the lack of local content( and jobs) being manufactured  in WA for large scale resource projects.

They were charged 12 months after the event. After Abbott came back into office and appointed his former attack dog from the ABCC Nigel Hadgkiss as the Head of FWBC- just a coincidence? We think not. It’s up to everyone in the community to support the 76 and what they stood for. Workers’ rights and fair go for jobs.

This will be the thin end of the wedge if we don’t make a stand now.

Please support the 76 this Friday at 8.30 am. Support it on your social media pages 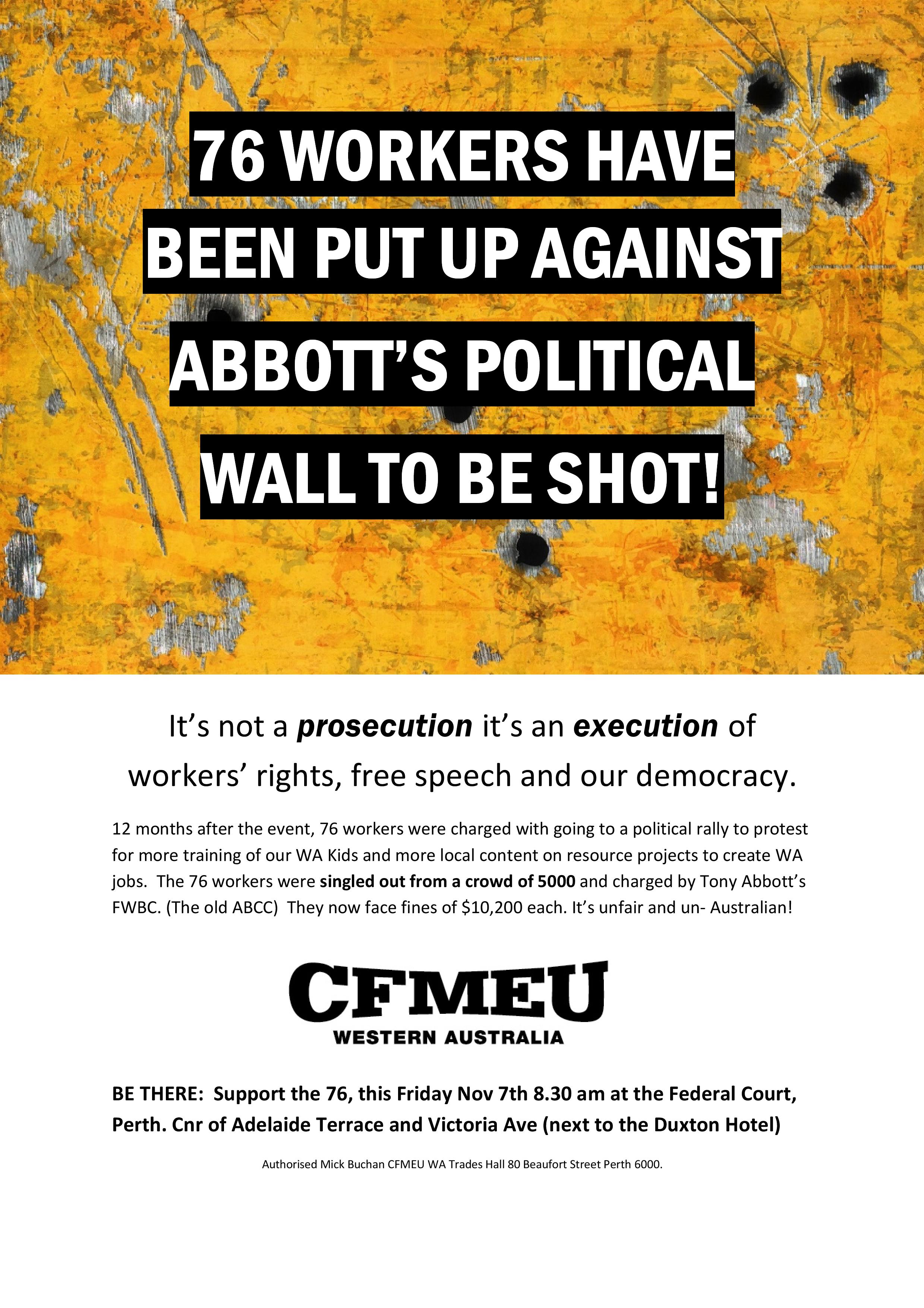 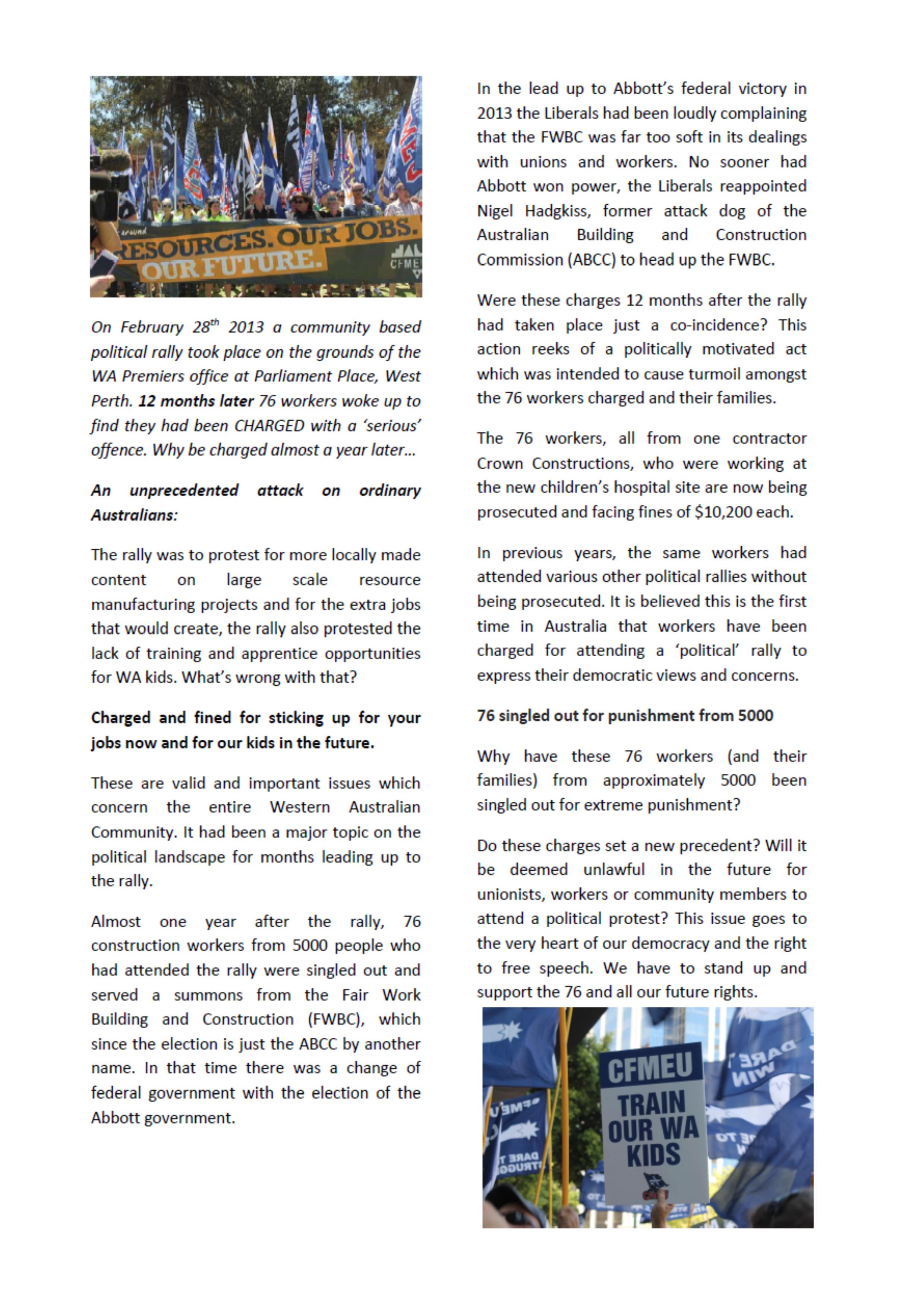 Jobs to the slaughter - foreign worker fear rise at abbattoirs