For those of you who are completely confused about politics in Australia, or indeed the world, this article is a simple guide for dummies to work out why you should dislike politicians.

What’s the difference between Liberal and Labor? What’s the Left and Right of the political spectrum?

In a nutshell, global political ideals have been separated into two sides for hundreds, possibly thousands of years. We refer to them as the left and the right of political ideologies.

The left refers to a social order similar to other societies found in nature on planet Earth, the right refers to the conservation of capital ownership by individuals (or Conservatism).

Some refer to Communism as the ‘hard left’, but in reality, it is a higher form of socialism where nobody owns anything, not even good, whereas socialism allows for some ownership by individuals. Only some socialists aspire to be Communists, whereas all Communists aspire to be the ultimate Socialists. 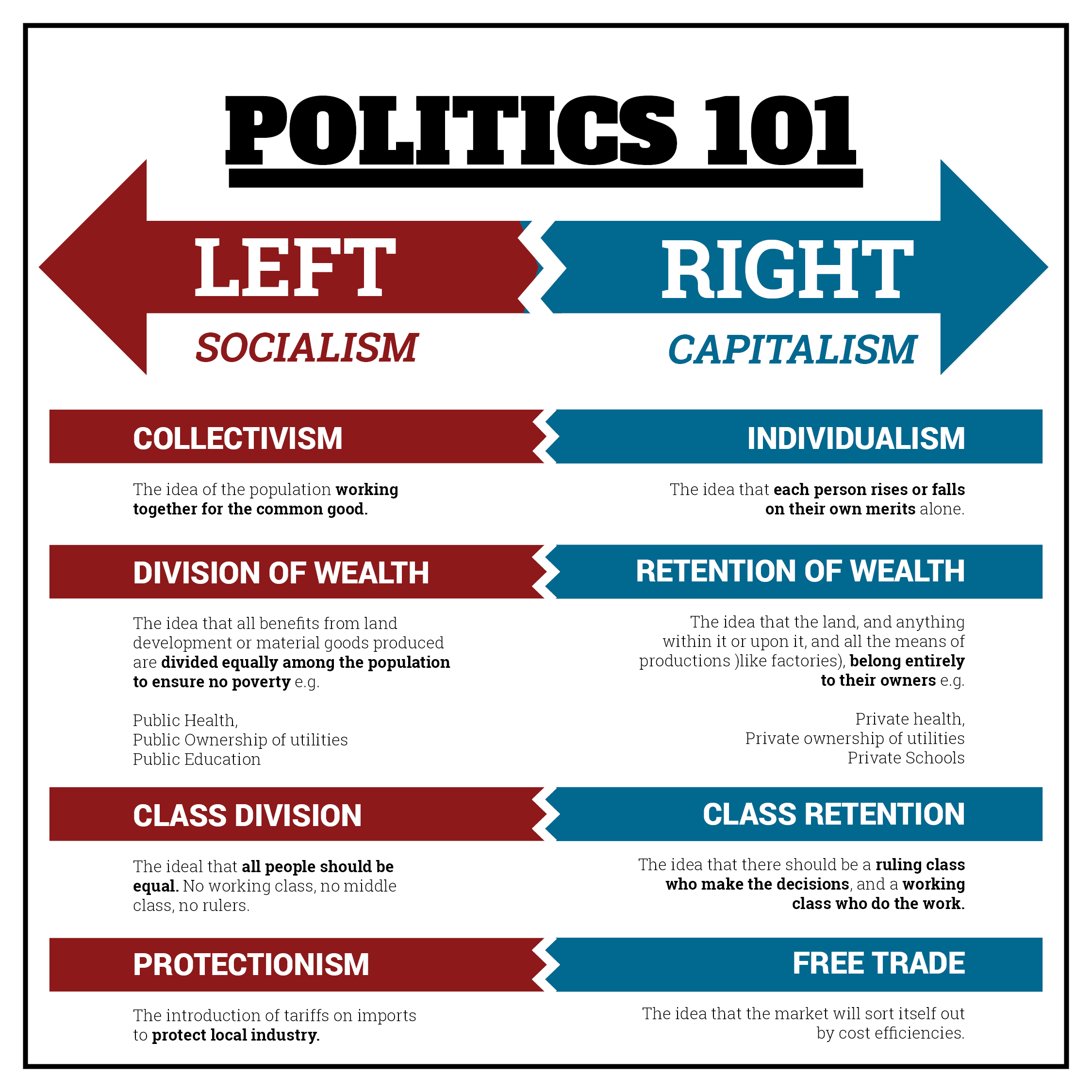 Throughout the centuries there have been landowners and self-proclaimed ‘masters’ in society, and their so-called ‘servants’, the workers. The ‘masters’ influence laws to ensure that their wealth is maintained and that the ‘servants’ earn enough to live and produce more servants, nut never take the wealth off the ‘masters’. This is the basis of the capitalist society.

In modern times there has been an attempt to make workers feel that they can aspire to something more and so they have created the term ‘middle class’, but this is a con to maintain the lack of wealth sharing and it is nonsense as this only refers to a worker with a bit more money than the other workers.

The ‘masters’ think that they are entitled to rule the world and their families amass great landholdings and wealth over many generations, along the way passing laws to keep it that way, they pay little if any tax, and believe themselves to be, as Alexander Downer recently put it “nation-building families”.

The workers, of course, want equality and a fair go for everyone in society.

From all this comes the two divides of politics. The following chart is a simple way of looking at the key policy foundations behind the two sides of the political spectrum.

So is the idea to meet in the centre?

The central point is where both sides have abandoned so many of their core foundation principals that they are no longer distinguishable as a faction of politics and there is no difference between the two sides. The problem with this result is that it suits neither to socialist or capitalist ideals and becomes just a jumble of populist policy-making based on opinion polls at any given time.

Have You Worked Regular Day's Over 8 Hours?